Shurikenjutsu: The Art of Wielding Shurikens

The practice of throwing weapons has been with us for centuries. Throwing weapons is the hobby of outdoor lovers who enjoy the sound of the steel hitting the wood right in the bull's eye.

One of these weapons is the Shuriken which has its roots attached to feudal Japan. Then there are throwing knives which have a huge fan base all over the world.

Knives are amazing tools that can be used effectively in any situation, be it survival or self-defense. People use throwing axes as well in such kinds of sports but in this article, we will focus solely on shuriken which is also known as a throwing star.

I will tell you how you can throw these Ninja weapons in real life. Have a look at the below-given list where we will go over the basics of throwing stars with regard to the manner of holding the weapon, throwing stance, etc. But let us first have an introduction to Shuriken.

A Brief Introduction to Shuriken

Shuriken is a Japanese word and is a throwing weapon. This is why it is also known as a throwing star which the Japanese used a lot during the early years. Shurikens are basically associated with the Ninjas who are known to be the most clever people of Japan.

They were mostly involved in stealth activities and this is why they were known by the name of shadow warriors.

The Ninjas designed and made many different weapons but Ninja stars were their specialty. The Ninja swords were the main weapons of these people as the primary weapon of everyone during those times was the sword.

Of course, firearms have not been invented back then but these people did just fine with what they had. At this time, Shurikens proved to be quite useful. They were used by the Ninjas to divert the attention of their enemies or to trick them when they had to run away from them.

Throwing stars were actually small weapons that were made up of steel but as the Ninjas were poor peasants, they used to carve these weapons out of coins or small pieces of used metal or metal scrapes.Sometimes, shurikens were also made out of nails, knives, and needles.

There were many types and designs of throwing stars and the most basic one was known as the Hira Shuriken which used to be constructed out of flat and thin plates of metal.

Then there was Bo shuriken which was designed exactly like a rod with both of its ends honed to utterly sharp points.

The Harigata shuriken was designed like a Bo shuriken but looked more like a needle than a rod with sharp points as only its one end was sharp and not the other.

How to Throw a Shuriken?

Your manner of holding the shuriken is significant with regard to precision, efficacy, and safety. For a firm and sturdy grip, you ought to place the flat side in the palm of the hand you are intending to throw with.

Grip one end of the star safely in the back of your palm while you look into the target and position your stance. Since the direction of your thumb often serves as a pointer; you ought to make a careful placement of your thumb.

You might place the thumb on the top of the weapon or on the flat side. A successful throw depends to a great extent on the thumb’s placement.

It is important to maintain a safe and appropriate distance from the target. The shurikens can bounce back too; therefore, a safe distance is the next crucial step you have to follow. For a beginner, you could set up a marker and practice your weapon throwing from there.

Place one foot behind your other while keeping the knees slightly bent.

This is the perfect body stature to indicate that the thrower is ready for the wrap-up and the weapon ready to be thrown at the target. Point the shuriken towards the target point while extending both hands from the body.

This action will improve your throwing balance; hence, it should be done with care.

The delivery swing needs to be executed in a carefully projected and smooth way. While you bring the shuriken forward, keep dropping the non-dominant arm; whereas, the weapon should be released only when it has reached the level of your eyes.

Finally, the last step for throwing stars is the smooth release of the weapon itself. As with any task, sports, and hobbies, the mastery of throwing stars takes practice, hard work, determination, and concentration. With regular practice, you will definitely become a qualified and skillful shuriken thrower.

Many people train themselves in the art of Shurikenjutsu even today among which most of the people are martial artists. These weapons may not be so commonly used now but championships of the arts of throwing weapons take place and many people take part in it.

Shurikens are available nowadays in many different types and are usually used as collectibles or in the throwing arts. Mostly they are made up of steel but sometimes shurikens are also made up of foam which are used by kids or are carried to cosplay events. 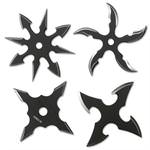 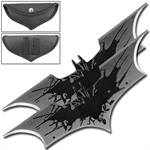 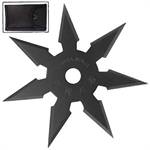 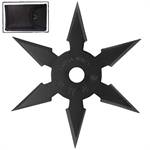 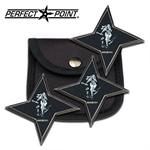 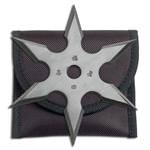 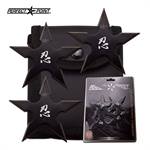 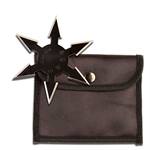 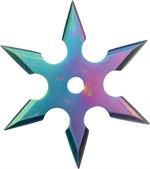 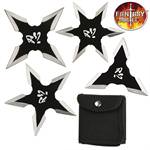 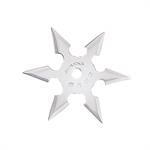 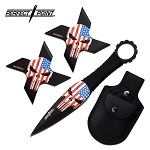 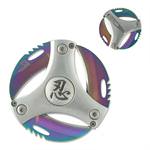 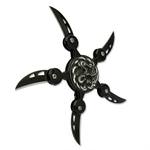