Among the modern, smart and useful self defense weapons in 2020, the pepper spray tops the list. It is a non lethal weapon that has gained a lot of popularity among men and women.
It is basically a small bottle of spray that can cause serious effects to the eyes. It is a chili spray, and capsicum is the active ingredient in it. There is a push button you need to press in order to spray it on someone’s face. Yes, pepper spray is an effective self defense weapon, what sort of damage can it cause? More people are concerned about its effects on the eyes and the face.
Does pepper spray damage eyes? Yes, it causes some damage but can it damage the eyes permanently? We will answer this question today!Before we explore the effects of pepper spray, it is important to know the history and the reasons people use it for self defense. This will determine whether it can damage the eyes or not. So, let's begin with history!

Pepper spray is not something new; rather, it has been around for years. It has been used as a dog repellent for years. It was sprayed in the eyes of the dogs to get rid of them. 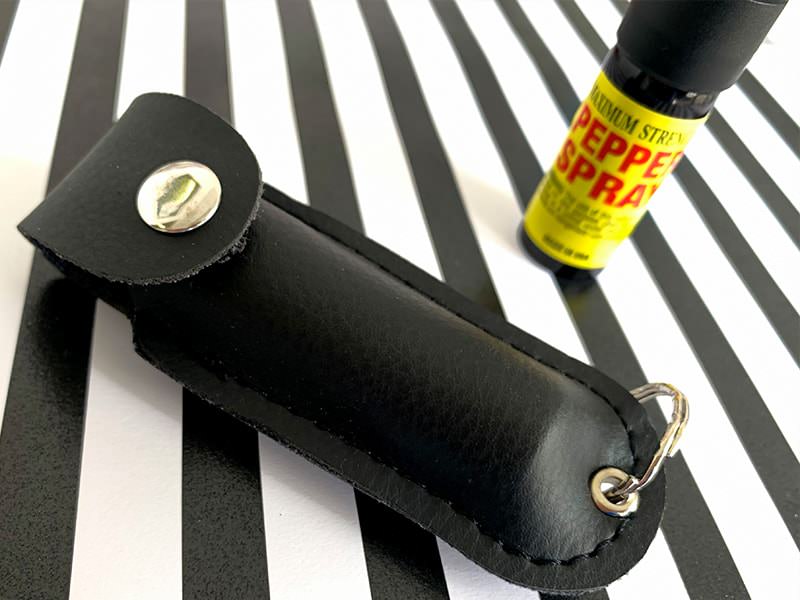 Pepper spray is recognized as a real self defense weapon. Both men and women use it for battling the attackers. It is such an effective weapon to have in such a situation. There are several self defense weapons available in the market, why do people prefer a pepper spray? For many reasons; let’s explore those reasons!

Why Carry a Pepper Spray for Self Defense?

Small Enough to Carry in Pocket

Since a pepper spray is a very small sized weapon, it can fit well in a pocket. Once you have a weapon in your pocket, you are already confident to deal with the attackers. A small weapon like this is quite easy to carry.

Very Simple to Use

Pepper spray has a very simple mechanism of use. It is quite easy since it features a push button. All you need to do is push that button to spray it. However, aim at the face of the attacker when spraying it for a maximum effect.

The advantage of using a pepper spray is that it can be used from a good range. You can stay at a reasonable distance from the attacker and then spray it while aiming at his face. Even from such a distance, it can cause some damage and save you from his vicious attack.

Pepper spray is a non lethal weapon and that is why women find it as an ideal weapon. It does not cause injuries since it does not feature a blade. Also, it causes damage to the eyes for a temporary period of time.

Though pepper spray is a non lethal weapon, it is effective enough to serve your survival against the attackers. When it is sprayed on the face of the attacker, it forces his eyes to close by causing a burning sensation. When he feels the burning effect, you have the time to escape and save your life!

In the past, pepper sprays were at times too dangerous. There are instances found in history when it damaged the eyes of the victim. However, today pepper sprays are not lethal enough to damage the eyes. Yes, they do cause some sort of damage, but that damage is temporary.
For a temporary period of time, pepper spray can even cause blindness. It irritates the eyes and causes a burning sensation. That burning effect is too severe to force the eyes to close. So, it does cause temporary damage while no long term damage is done!

Pepper spray does not damage the eyes. All it does is a temporary burning effect and temporary blindness. Today’s sprays are not too severe, and they are just for self defense.
However, we can say that pepper spray is an ideal weapon for self defense. It may not cause a long term damage, but the temporary damage is enough to save you from the attackers!
SHARE THIS POST
Previous Post
Next Post