It is time to face reality: the world is not a safe place and the pace with which the crime rate is increasing has got us all quite worried about our safety. Self-defense weapons are one way of feeling safe in this world.

They are used for ensuring safety by many people around the globe and people feel more secure and safe in their homes and while walking around town. It is not a rule of thumb that you are going to die, you can be robbed, or harmed in some other way.

But we should always be prepared for the worst-case scenario. We should have a contingency plan and be well equipped so we can fight for ourselves. And self-defense weapons help us do that.

People mostly go for the firearms and most commonly a gun, when it comes to self-defense. Maybe it is the lack of self-defense training, that people know very less about self-defense weapons.

They don't know that there are many other self-defense weapons besides firearms which are not lethal and are safe to use as well.

Also, defending oneself does not mean that you have to kill your opponent which is what a gun is basically used for. This is why we need other weapons which defend us and harm our opponent enough to give us time to run off to safety.

Let us now have a look at some weapons which are being used for self-defense nowadays.

Have you ever heard of brass knuckles or knuckle dusters? In more simple terms, they are known as knucks or knuckles as well. They are more of a facilitating weapon than a gadget. This is because they are constructed to magnify the power of a punch.

I think you must have gotten the idea of them by now. Brass knuckles is a weapon designed as knuckles and made up of metal to enhance its power and effects on the victim.

They are pretty dangerous and this is why they are illegal in most of the areas.

Therefore, you must check the laws of your city or state before having to do anything with them. I would strongly recommend you to only get them if you are sure that you can handle them and the power that comes with them.

If you are looking for a less intense weapon and do not want to take the risks associated with knuckle dusters, then stun gun is a good option for you.

However, you will have to get a little too close with your opponent for using this weapon against him or her. So, unless you have no problem with that, you are good to go with this weapon.

A stun gun is an immobilizer or an electrifying weapon. It basically sents a shock of electricity through a person’s body with whom its prongs are touched. The prongs of this immobilizer are made up of metal.

Stun guns are cheap when it comes to their price and they have a huge variety available in stores worldwide.

The only and biggest drawback of these self-defense weapons is that they can only be used when you are in close range of your assailant, which makes you more prone to his attacks if you are not fast and smart in using your gun.

Some of the times, stun guns also come with shock plates attached to them which defend you when someone tries to snatch it away from you.

This drawback is however catered to in another similar self-defense weapon known as tasers. They can be used even when you are standing at a considerable distance from your opponent.

They are also much more effective in their functionality and are quite enough to drop anyone down, no matter how powerful or strong. The flash and crackle of these electrifying weapons scare even the bravest person and half of your work gets already done there.

Pepper sprays are non-lethal self-defense weapons but that does not mean that they are painless as well. It is a very effective weapon and works wonders. As soon as you spray it on someone, it will start to show its effects which are quite unpleasant, if you ask me.

Pepper spray has OC (Oleoresin Capsicum) as its main ingredient and this is why it causes breathing problems, redness, swelling and temporary loss of sight as well.

The next best thing about them is that they cause searing pain which turns your attacker from attacking mode to defending mode, giving you an ample amount of time to run off and call for help.

Knives are the most primitive and basic weapons but one must be properly trained if he/she wishes to fight with a knife. This is why proper knife fighting tricks have been devised so people can learn them and fight with them effectively and safely.

The self-defense knives are designed to be used for self-defense particularly; this is why they have sharp blades and ergonomic handles which allow the user immensely in a fight or combat.

No matter how alluring it seems to be, don’t forget to learn how to grip a knife properly and most importantly how to use it in a fight, before actually using it.

Swing it like a club and deal with your assailants in the most heroic way. You must have noticed the club like objects which policemen and other law enforcement bodies carry with them.

These objects are made up of hard plastic and are known as self-defense police batons.

But that does not mean that only the policemen can use them. You can use them as well for your defense. It is basically a self-defense weapon of law enforcement bodies and they also use it to exercise control on unyielding people.

The two most basic types of these batons are fixed batons and expandable batons.

However, nowadays stun batons are also quite popular which are the perfect fusion of dazzling stun guns and baseball looking batons. The fixed batons are durable and are used as a weapon of brute force against someone.

Whereas, an expandable baton is the one which is compact as it can be extracted and retracted whenever the user desires. This allows the user to carry it around easily.

They come in a variety of different shapes and designs.

The most common one which is easily available in market is the cat self-defense keychain. It is a keychain which is designed in the shape of a cat and is used to throw punches.

Self-defense keychains are easy to carry as they are small and look like ordinary keychains. This is why they prove to be good self-defense weapons.

All of us are familiar with police handcuffs. They are carried and used by policemen to arrest people and prevent them from running away. So, we can say that handcuffs are used to control people, this is why you can also use them.

Just imagine that you are carrying a set of handcuffs and snap the wrists of your assailant together with them. This will prevent him from attacking you and you can run away or hit him with something to get him unconscious.

After all, he wouldn’t be able to defend himself with those handcuffs on.

Have you ever used a lock pick set? It is used to open a lock when its key is not available. Now that can help you tremendously. Remember I am talking about good use here and am not asking you to break through someone’s house and do any harm to others.

You can use a lock pick set to get through a door which won’t open otherwise when you are on the run from someone who is attacking you. The above-mentioned self-defense weapons are one of the best and are frequently used by people in order to stay safe.

They are easily available in stores and the best thing is that they are very cheap when it comes to their price. Isn’t that just awesome? Which one of them would you prefer for your personal defense? 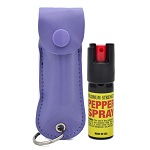 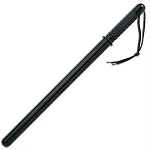 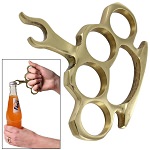 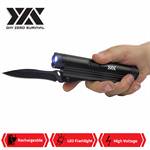 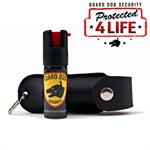 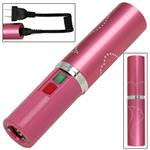 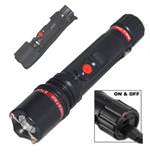 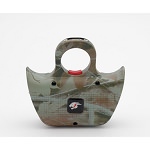 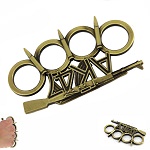 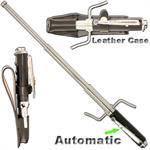 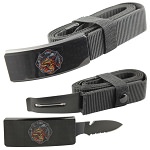 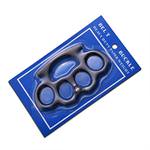 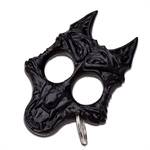 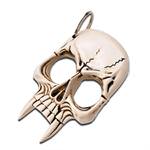 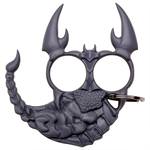 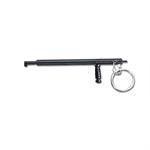 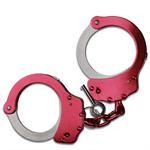 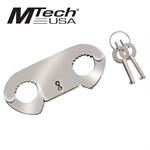 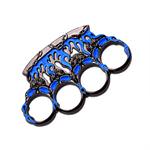 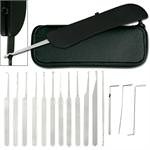 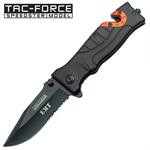