Since camping has become America’s favorite outdoor activity, camping gear is on a high demand. People search for survival and camping gear to fulfill their camping needs. One significant item in their gear is a pocket knife.

Pocket knife is one essential accessory in every survival and camping gear. No outdoors-man heads to the wilderness without a knife.

But, this knife is not an ordinary one, there are some specialties of this knife that are worth a mention. A camper’s knife is a knife capable of everyday carry. It has a sturdy blade which can cut harder materials with ease.

When it comes to everyday carry, the knife must have a foldable blade so that a camper can easily place it in his pocket or bag. Furthermore, there are multiple purposes needed to be accomplished with this knife.

For instance, this cool knife is used for cutting wood, clearing brush and preparing shelter. Also, it is used for survival against wild animals.  Hence, the strength of the blade is a necessary feature of a camper’s pocket knife.

And when counting strength, traditional folding knives come up as the best. These are perhaps old-fashioned, but are still preferred by the outdoorsmen, considering their blade power.

So, what are the best EDC cool knives for campers? Suggestions??????

We are here to assist you if you are a camper seeking the right everyday carry knife for you.  We have enlisted 7 best traditional EDC pocket knives that will serve as your best survival and camping knives.

Our list starts with one of the most spectacular knives called karambit folding knife. Karambit is among a few knives available in both fixed blade and folding blade versions. 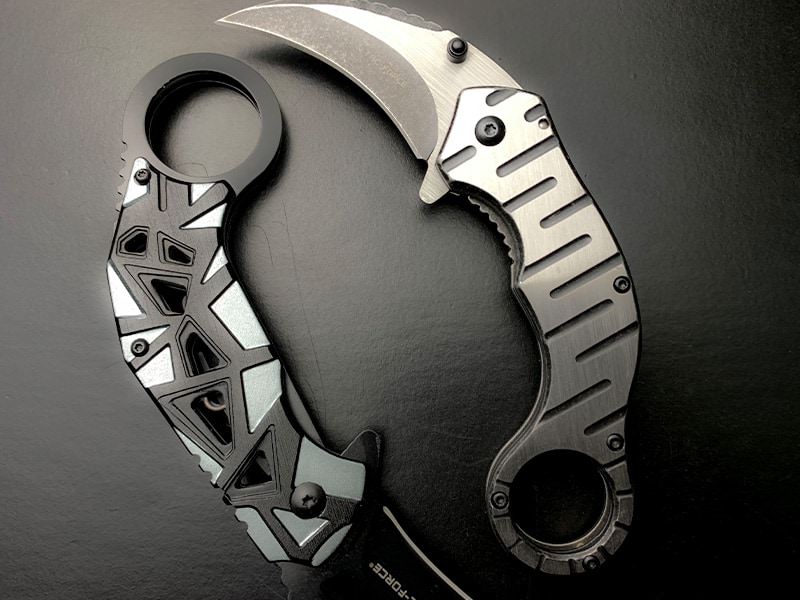 Anyways, this is a folding version because a fixed blade is not supposed to be a camper’s knife due to carrying difficulty associated with it. This knife has a small size with a foldable blade. However, the blade has a splendid curved shape.

The knife is known for its enormous blade strength.

This curved blade has the ability to cut and thrust with ease. How is it useful for camping though? Well, it can be a handy knife for clearing brush and cutting small bushes and branches while preparing a place for your camp.

Moreover, it has the strength to cut wood while preparing shelter for you in the wilderness. In fact, this is the curved shape of the blade that comes helpful in such tasks. With its exceptional blade power, it is also great for fighting wild animals in the wilderness.

You are likely to encounter a few wild animals while camping in remote areas.  So, get this knife in your survival gear to make sure you have a comfortable time out there!

Another knife we would suggest for ensuring your survival in the wilderness is the knuckle folding knife.  It is also called a knuckle duster or brass knuckle knife.

The shape is as it is described by the name of the knife. A knuckle duster is attached to the knife to make it a deadly weapon.  No surprise, it can help you counter the wild animals and wild people who often irritate campers during their journey to such areas. 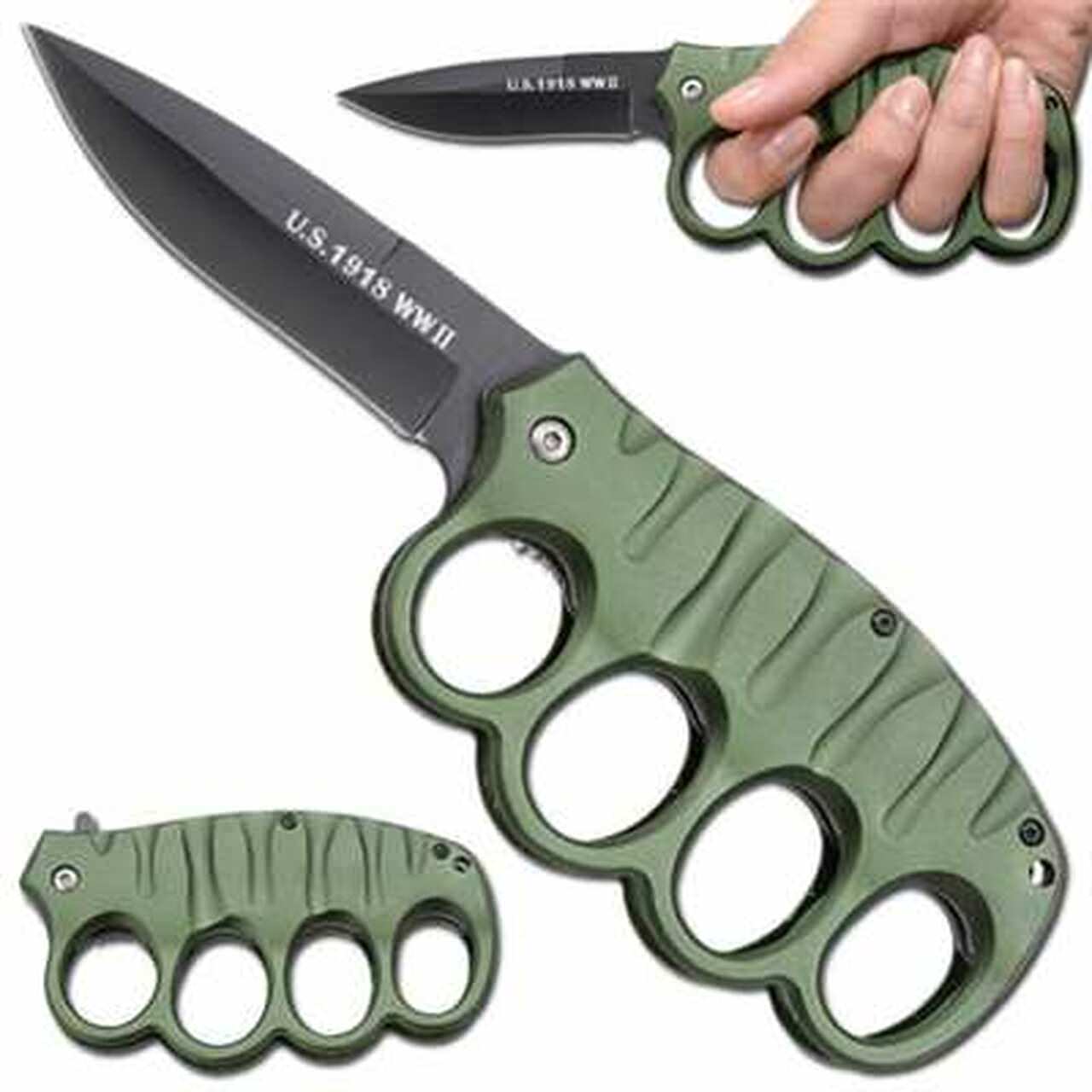 Since there are two weapons, you can either punch them or use the blade to inflict injuries. In any case, your survival is guaranteed.

When it comes to camping, this is exactly the knife you need. You can carry it easily because it can be worn around the knuckle.  A perfect EDC knife, isn’t it?

Moreover, it is a traditional knife because it was first established during the First World War as a fighting knife where it ensured the success of the American soldiers who fought in trenches.

However, today, this knife is a pocket knife and used by the campers for their survival in the wilderness.

With any military knife, strength is obvious. Soldiers tend to carry an Military pocket knife when they are on secret missions.  A knife is a necessary weapon in every soldier’s arsenal. 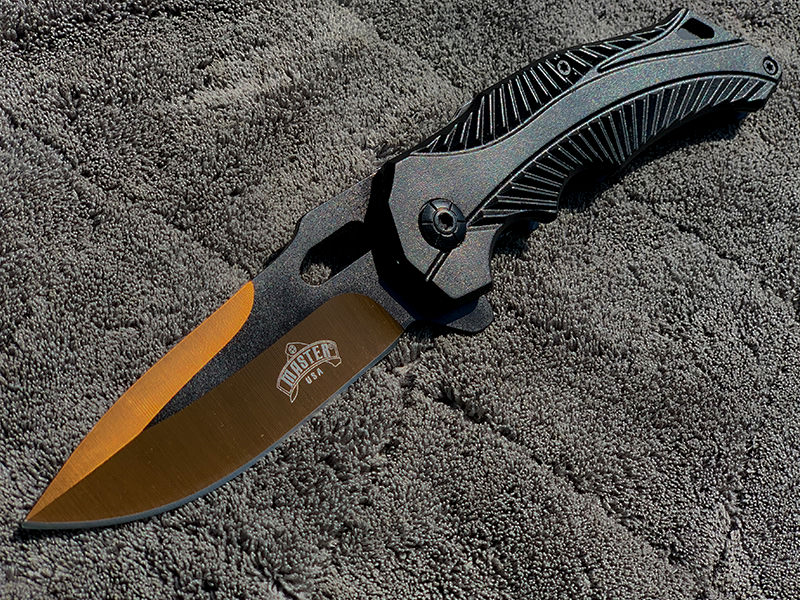 But this knife is not limited to army personnel use. Campers can also utilize these knives for their missions. This knife has a foldable blade, and hence easy for everyday carry.

The sturdy blade of the knife lets you cut hardest materials with ease. Perhaps, this is why it is one of the most sought-after knives in the online market.  Camping work becomes easier with such powerful knives. You can cut ropes and wires to make shelter for you.

Furthermore, this exceptionally strong knife allows you to get rid of wild animals you encounter while camping.

One of the most useful EDC pocket knives are the tactical knives. A tactical knife is defined as a knife with some additional features to help users. 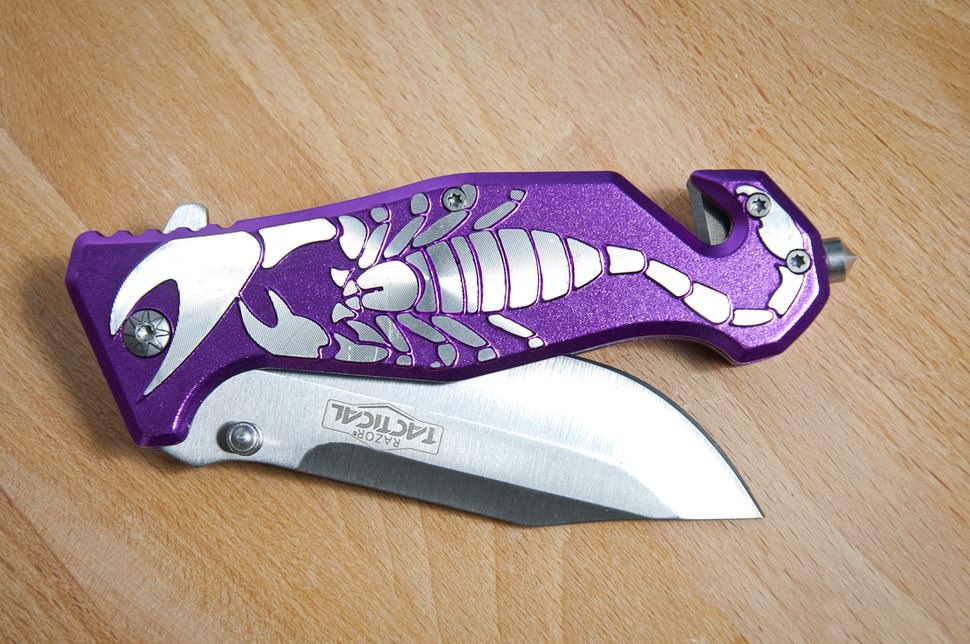 This type of knives are actually designed for secret agents who are on secret missions. There are certain important features of these knives. Firstly, these knives are sturdier than other knives and secondly, they are highly featured.

Glass breakers, pocket clips and seat belt cutters are attached to these knives.

For campers, this is the most advantageous knife. A pocket clip allows them to carry it easily in their pockets. Moreover, cutters and glass breakers can help in survival and other camping work.

So, if you want such additional features in your camping knife, this tactical pocket knife has to be your ultimate choice!

Why not have a gorgeous companion in a wild remote area? With your lovely mates around you, a beautiful knife is a blessing in disguise. 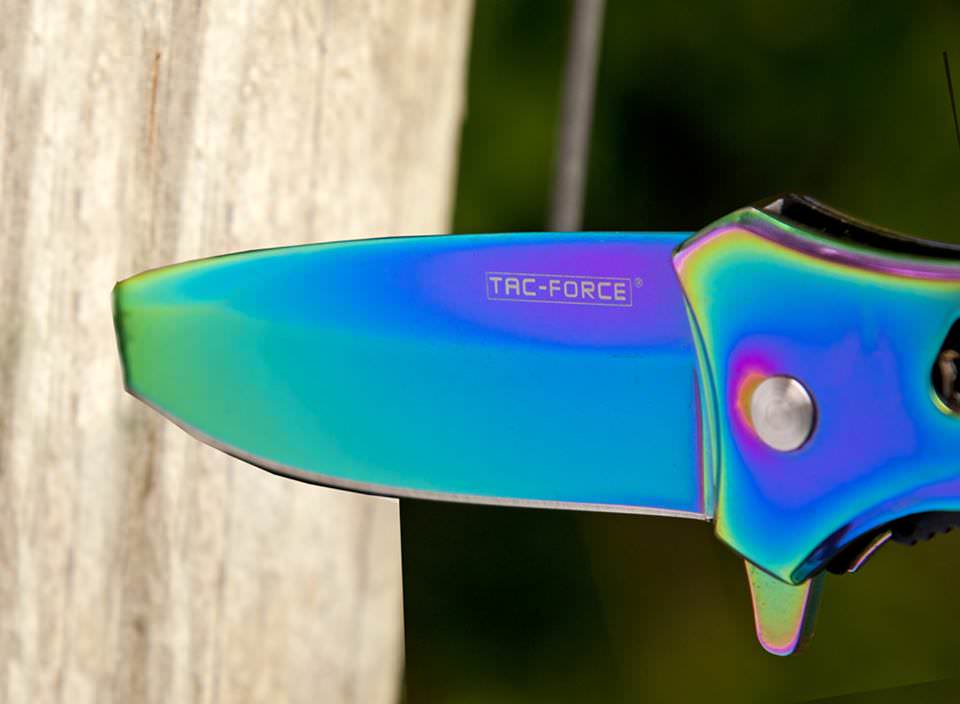 The most beautiful knife on earth is easily the rainbow pocket knife. This is a companion you deserve on this long, exciting journey. Other than its magnificence and beauty, it got a fantastic blade which lets you accomplish all your cutting tasks.

The blade has a beautiful rainbow design all around, but don’t just focus on its cool design, this is a badass blade that can tear someone into pieces.

This knife is enough for your self defense and survival during camping. Don’t be afraid of wild animals, this rainbow blade will be your defender. In addition, build your shelter comfortably.

This knife will make sure you get your work done in a matter of minutes. Such an exceptional knife!

Talking about traditional knives, here is a popular one! Stiletto knife is an Italian knife once used as a fighting weapon around Italy. The traditional one was a fixed blade knife, but this is a switchblade, an EDC pocket knife. 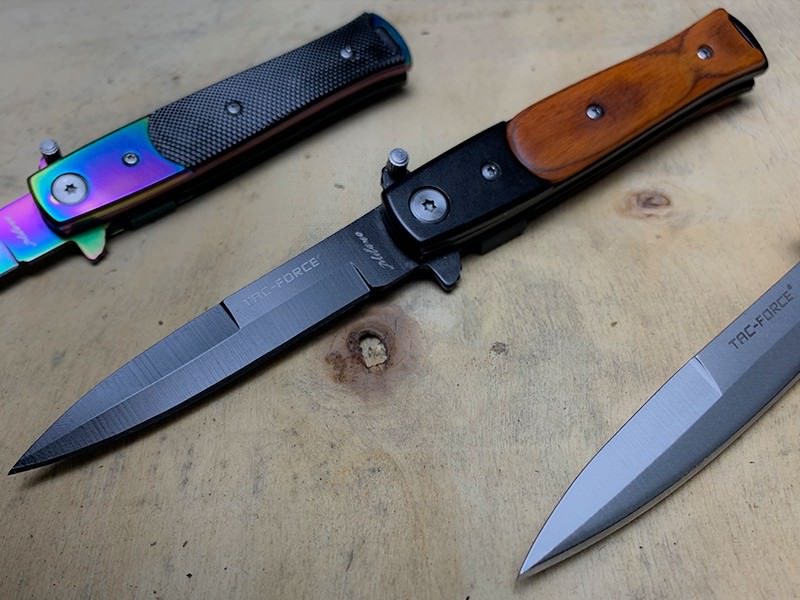 So, this traditional knife is transformed into a foldable knife to make it easy to carry for the campers. If you are unfamiliar with it, this is a knife that looks like a dagger. A long slender blade with a sharp point.

This is generally a powerful stabbing and thrusting knife, and this is what you need from a survival and camping knife.

Anyways, this knife has some quick functions. You can just push a button to quickly open the blade. Of course, your aim is to get things done in quick successions, and this knife is ideal for this.

Also, for fighting animals in wilderness, such a quick knife is your perfect survival weapon.

A camper always seeks a long term companion in his knife. So, his knife must be extra durable and premium quality. For such campers, any spring assisted knife would work. 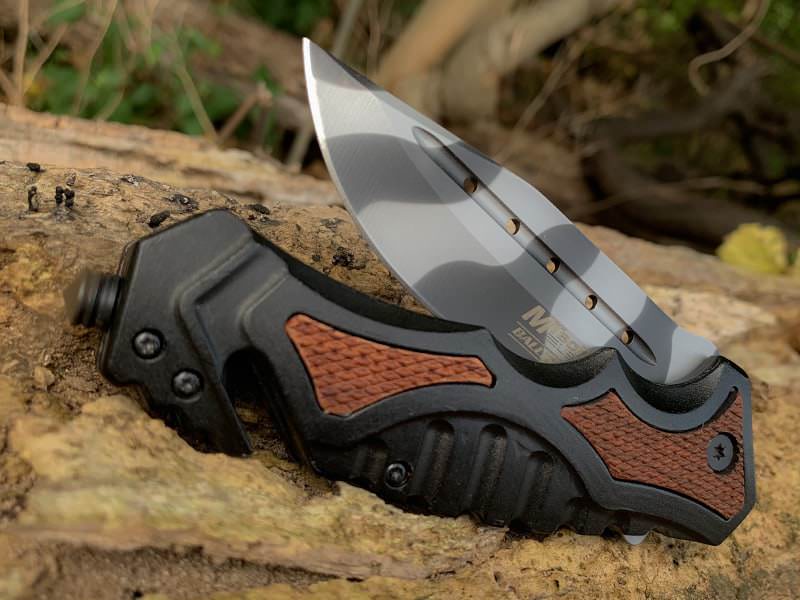 A spring assisted knife is an exceptional traditional EDC pocket knife which promises long term durability.  It does not have extra parts like a push button.

To open its blade, you need to pull the blade yourself to some extent, and then it will open quickly from a partial position to full position. Since there are fewer number of parts, there are reduced chances of malfunction.

The durable blades of these knives make them able to last longer than other knives. If you want a knife that stays with your for a long period of time, there is no better than this assisted opening knife.

Of course, durability is a preferable and key factor when choosing a knife for camping. The hardness of the tasks require a solid and long lasting knife.

Among these amazingly spectacular traditional EDC pocket knives, what’s your pick? Unsurprisingly, all these knives are awesome for campers and outdoorsmen. They all fulfill the needs and demands of these individuals.

From the usefulness of these knives to incredible strength, they got everything you want from a camper’s knife. However, we would still like to hear from you. What is your choice among these knives? Let us know your choice and your thoughts on the list. 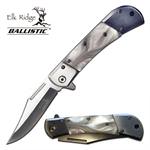 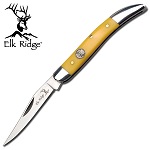 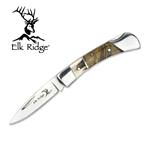 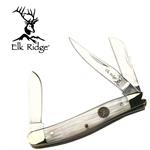 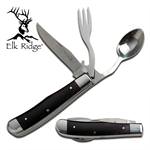 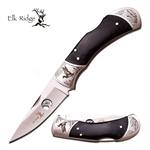 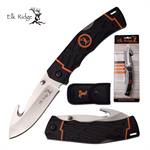 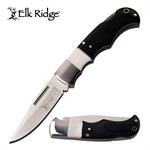 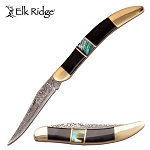 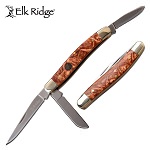 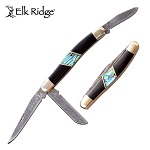 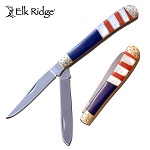 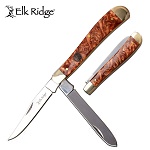 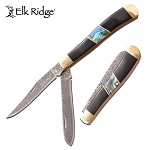 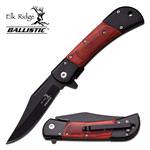 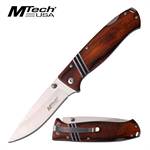 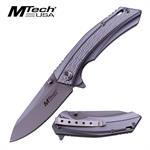 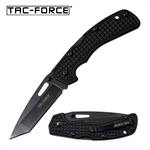