The term “deadly” refers to something extraordinary. At times, this term is used to define a lethal weapon that can cause a lot of damage, or can cause death.
Cool Knives are often regarded as deadly weapons. These are bladed weapons that can cause severe injuries. This is why knives have been used for warfare.
Over the years, several knives have been constructed, but a few were absolutely magnificent. We have enlisted 10 deadliest knives that have been the best to have ever constructed. Here are our picks:

Mark I Trench Knife is the deadliest knife ever built. It is a historical knife used during the First World War. It was constructed for the US soldiers battling in the trenches. 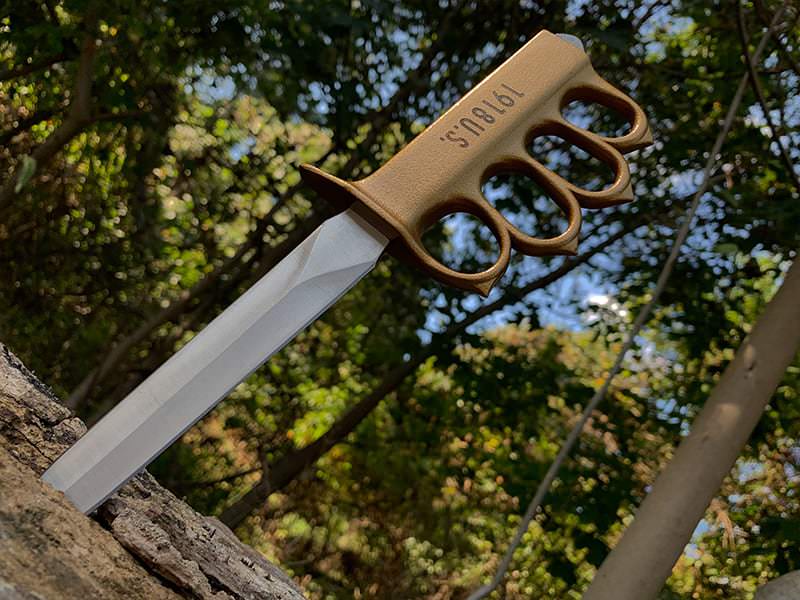 It was the best weapon for close quarter combat because it featured knuckles. The soldiers were able to wear those knuckles and then use the blade to fight their opponents.
Trench knife was like today’s brass knuckle knives. A long and powerful blade was attached to the knuckles. It was used as a primary fighting knife during World War I.
In the Second World War, it was again used as a secondary fighting knife. Firearms served as major warfare weapons.

Stiletto knife is an Italian knife, and one of the most lethal knives ever. It was earlier used in Italy by the burglars before it became popular all around the world. 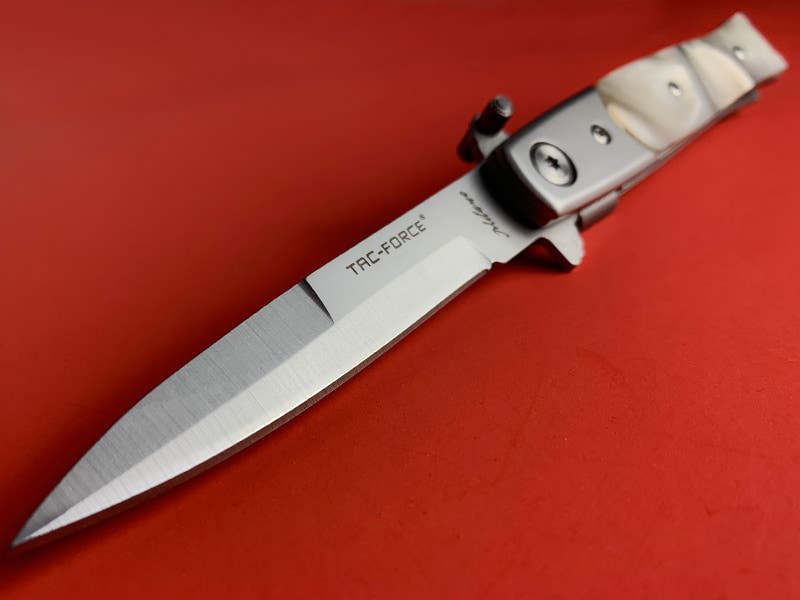 Moreover, a stiletto knife was used by the military as a combat knife. It looked like a dagger and was a deadly knife. Hence, militaries carried and used stilettos as fighting weapons.
The knife features a long slender blade, and has a look of a dagger. Most importantly, there is a sharp point on the blade.
The sharp point allows the blade to penetrate deeply into the body. This makes it a powerful thrusting and stabbing knife.
The blade can penetrate deeply and cause long term wounds and injuries. So, it is definitely a very dangerous knife.

Push dagger is a short dagger, popularly used for self defense these days. It is the smallest dagger ever constructed, and also the deadliest. 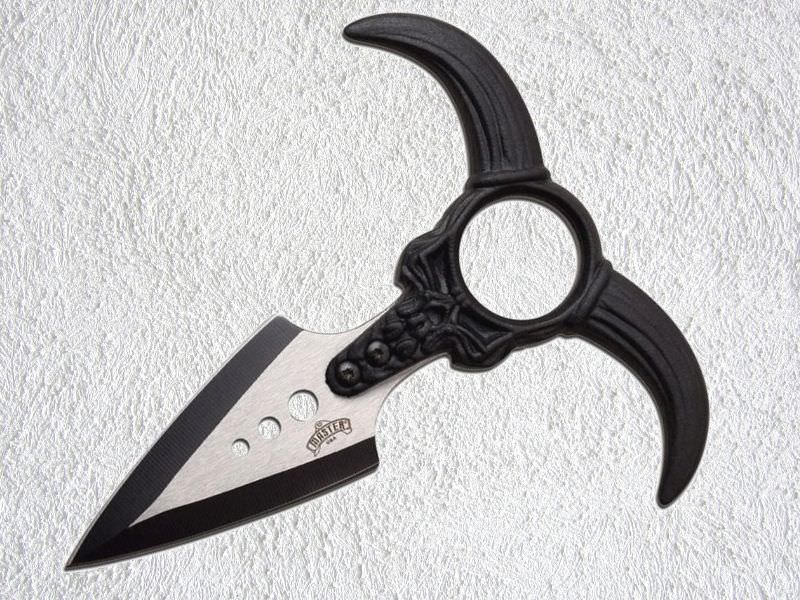 Push dagger is designed as a great close quarter combat weapon. It has a T-shaped handle and a thick and short blade attached to it.
The T-shaped handle enables a great and comfortable grip on the knife. It is impossible to disarm the user even when a brawl is underway in close quarter.
The thick and short blade is lethal enough to cause serious injuries. The blade possesses tremendous power to thrust into the body.

Machete is an enormously powerful and a giant knife. It is popularly used by the butchers for cutting meat. Imagine the power that its blade possesses. 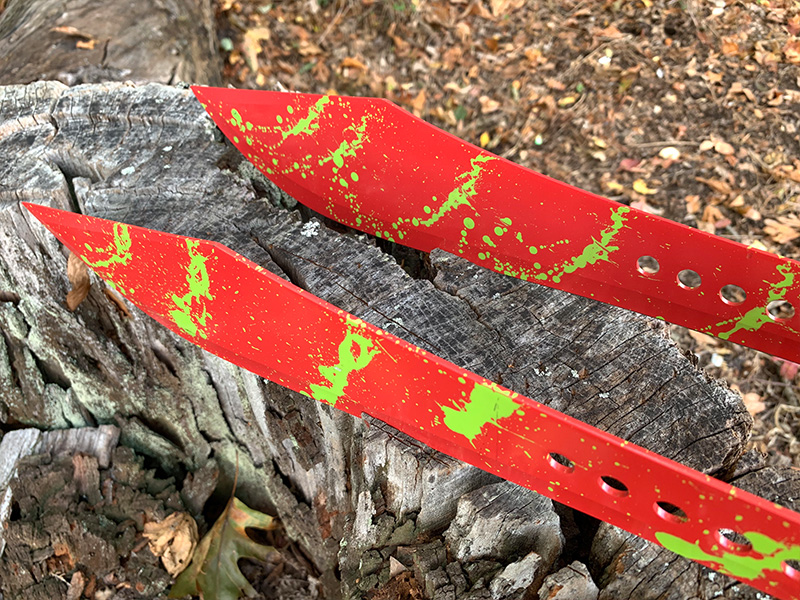 Machete has a thick and a very long blade. The handle is not that long, but the blade is. This giant knife can easily be one of the deadliest knives ever constructed.
Apart from being a massive knife, it is also very strong. You can easily cut harder materials with this blade in a very comfortable and easier manner.
Machete is not just used for cutting meat. It can assist in skinning, scaling and other heavy duty cutting tasks.

Karambit knife hails from the Indonesia during the 11th century and is one of the historical knives. It is known for its deadly, curved blade.
Karambit was used as an agricultural tool and a self defense weapon in the Indonesia before it became popular in other parts of the world. The strong blade made it easier to cut crops.
The curved blade makes karambit a great slashing action. It is a perfect knife for silent killing. It can cut the strongest materials with ease. That curve on the blade makes it a deadly and dangerous knife.
The karambit knife with its unique and curved blade is still ideal for cutting work. It can easily reap crops and can be used for everyday cutting work in the backyard. Moreover, it can be a perfect self defense knife. Carry it if you want a complete, multipurpose knife in your arsenal.

Bowie knife was designed by James Bowie and it deserves to be on the list of deadliest knives. This is another massive knife with immense blade power.
Bowie knife is an allrounder knife that can be used for all sorts of heavy duty cutting tasks. It is a great hunting knife, thanks to its curved top clip bevel. Also, there is a straighter portion of the blade edge.
So, this unique design of the blade makes it suitable for different cutting tasks. It can easily cut meat. Also, it can be used for skinning game, cutting heavier materials and removing fish scales etc. Such is the strength of the blade.

Gut Hook knife is a special knife with a gut hook blade. This is a specially designed blade with a spine having a sharpened semi-circle. This makes it a great skinning knife.
In fact, the purpose of a gut hook blade is to accomplish skinning game. Its design enables the user to do field dressing in an easier and quick manner.
The blade is extremely powerful and serves skinning and slicing tasks. One of the deadliest knives ever built.

Butterfly knives had to feature in this list of deadliest knives. This is a unique knife with certain exceptional features. Even the users of this knife believe that it is a very dangerous knife to handle. 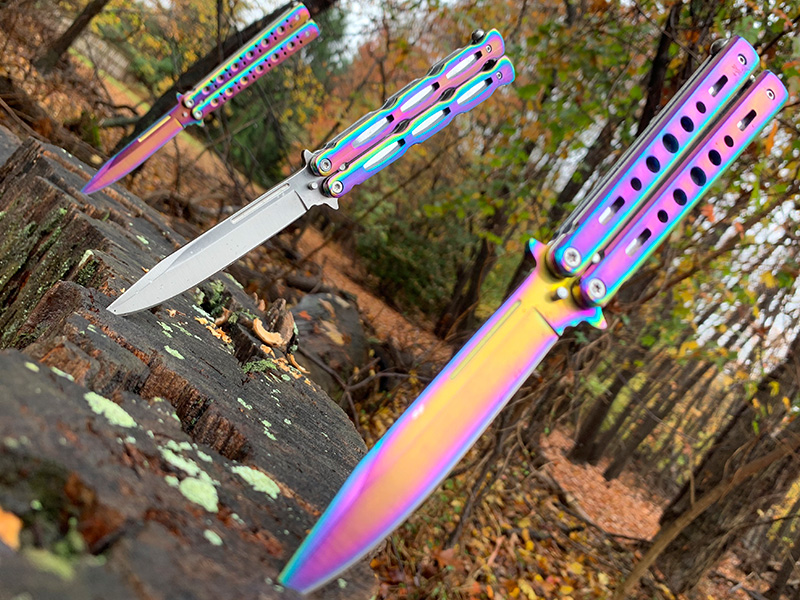 This is the reason why most people tend to use fake versions of butterfly knives in the beginning. It has been responsible for injuring many users.
The strange mechanism of this knife makes it extremely difficult to handle it for the unfamiliar users and beginners.
Butterfly knife is also called a balisong knife and it features two handles and one very sharp blade. The blade usually remains concealed between the handles and can be opened when required.

Full tang knives are the strongest and most durable knives. These are often differentiated from the half tang knives.
A full tang knife has a blade that goes to the full length of the knife handle. A half tang blade goes to the partial length of the handle.
This makes full tang blades more powerful and long lasting. This immense blade power makes these knives deadly. Such knives are often used by the military personnel who require heavy duty cutting knives.

A fillet knife is a knife with a long and thin blade. It is mainly carried by the fishermen and is used in the kitchens as well. It is used for filleting a fish. It can also be used in food preparation and routine cutting work. 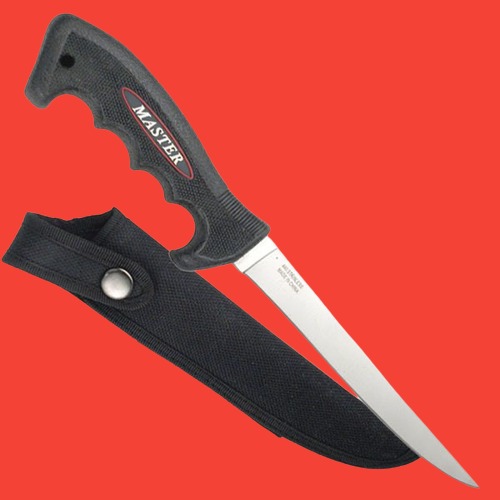 The fillet knife can have a steel blade that can rip apart anything. It is one of the strongest and deadliest knives ever constructed.
So, these were our top picks for the sturdiest knives. Which of these knives did you find the most interesting and lethal? Let us know in your comment.
SHARE THIS POST
Previous Post
Next Post 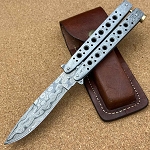 9" Damascus Steel Custom Handmade Premium Butterfly Knife
Sporting a Damascus steel 4 inch blade that is razor sharp, this premium balisong butterfly knife is ready for action! Attractive Damascus steel handle. The knife is extremely durable. A brass safety latch is included to lock the blade into place when it is not in use as well as when it is deployed. Comes with genuine leather pouch.
$65.95
0
Out of Stock. 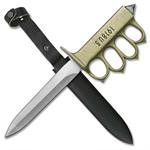 U.S. 1918 Brass Knuckle Trench Knife
An almost direct replica of the Mark I complete with knuckle duster finger guards and skull crusher pommel, it is an all-around fighting tool. 11 3/4 Inches Overall in length.
(1)
$19.88
51
In Stock.
Add To Cart Add To Cart Add To Cart 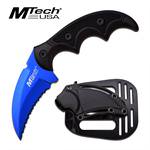 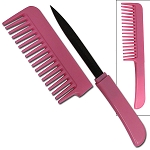 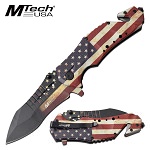 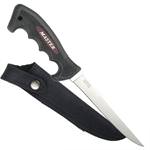 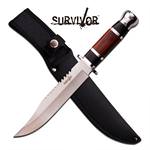 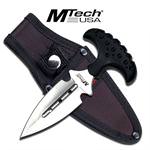 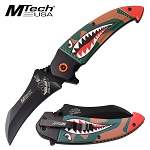 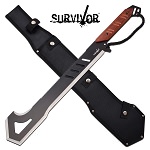 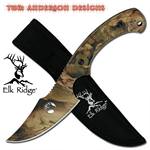 Actually, I believe the deadliest knife ever constructed is the Spetsnaz Ballistic Knife.

Your list is nice but I find flaws. First being the stiletto. It is a fixed blade knife, with a 3 sided blade similar to a fending sword, , blade about 7 inches long. Created by the Borgia family. Second, you mis represent the machete, and for a picture you put a kukri, who's is the knife of the gurka . And lastly, the bowie knife one trade mark is the brass hand guard. Just a observation . Also, you left out the tri sided blade, which is so deadly it is banned in some countries

Not a knife but a razor the plane Jane carpet knife rates in there somewhere !

I love that machetes are on this list there my pick. But I also think that the butterfly knife should be higher on the list.

Have to agree with your list. Personally own: Fox 479 folding karambit, Cold Steel large stiletto and a phillipine machete. All are awesome at what they do.

I think y’all did a great job on the deadly knifes! I love the MARK 1 TRENCH KNIFE!!! I would like to own at least three of them.LOL!!!! It’s my very favorite knife,but being a UNITED STATES MARINE RIFLEMAN I was in in the 90s I can’t believe you never mentioned the world famous K-BAR!!!! Ask our enemies.It was and is VERY DEADLY !!!!!!! You feel safe with it in your hands and THE K-BAR can keep you alive!!! The knives you picked were very awesome and deadly but please don’t forget about The Marine Corps K-BAR. In the Marine Corps,it goes RIFLE than K-BAR!!!! Thank you for reading my opinion. I hope everyone has a Great Day!

The trench knife with the thisted blade I want

What about a twisted tri-edged dagger? like the M48 Cyclone? Or the wasp injection knife, a knife that can be loaded with a CO2 cartridge, it is a diving knife, that, when you stab something, you press the button and releases an amount of CO2 equivalent to more air within a basketball ball, which if underwater freezes the wound, which prevents the fish/shark from bleeding and attracting more sharks, and also the CO2 is compressed to the point where once it is released into a body of an animal, it internally explodes the area you stabbed, it basically makes a mini explosion. Here is a youtuber names "ADHD's World" who bought one (a wasp injection knife) and did a review on it: https://youtu.be/88EkXzhKptg And rather than the Stiletto Switch Blade, an OTF knife is way more deadly than that, since it just requires a small flick like a light switch and it also pops up from the top rather than from the side, and rather than manually unlocking the knife to stow it back in the handle by pressing the button as you are pushing the knife in, you can just flick the switch on it down, and it goes back in, and is just as, if not, sharper, also when you put the knife up against someone, and you flick it open, it has a safety mechanism to immediately jam and pop back in, and all it takes is a small shrug, and it gets un-jammed. Here is another video made by "ADHD's World": https://youtu.be/OsT_GnLsq_k and the scene is at hte 1:30 mark of the video.